Troy Police Cat Gets a Name 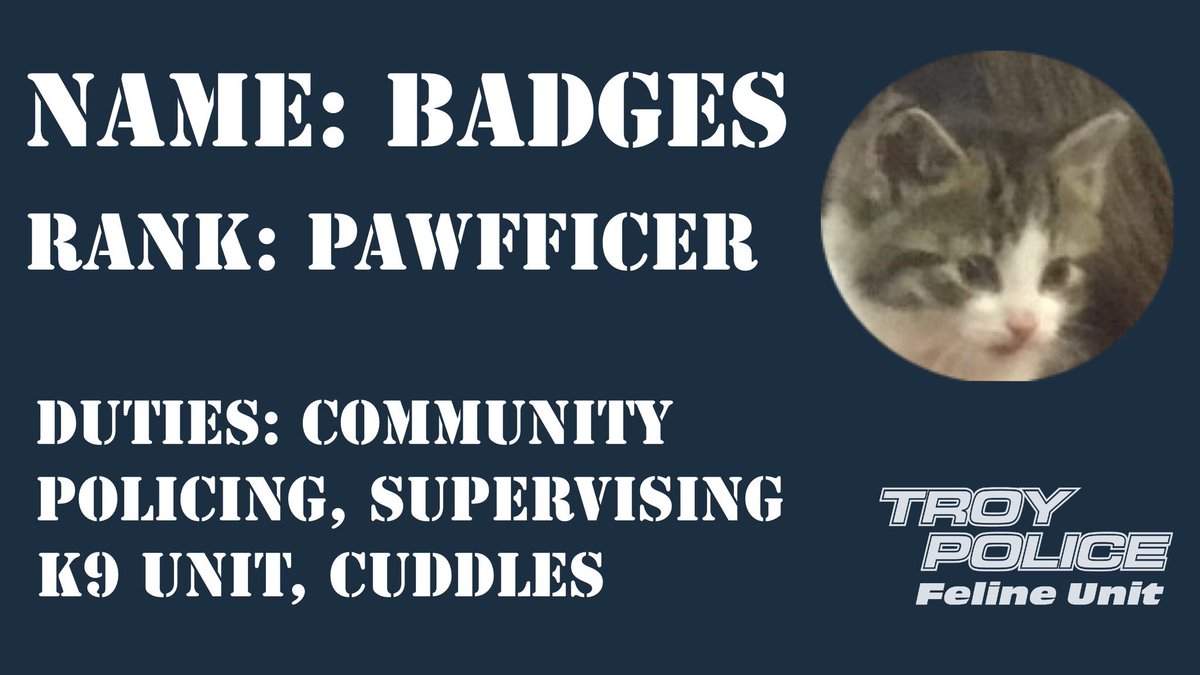 Troy Police Sgt. Meghan Lehman, who organized the poll on the cat’s name, said she’s surprised at the response to the department’s tweets about the cat. “We’re getting gifts in the mail for the cat everyday. We got two big boxes of cat toys and supplies yesterday.”

To read more about the new official mascot for the Troy police department, click here.