Keeping a Cat Off a Board Game 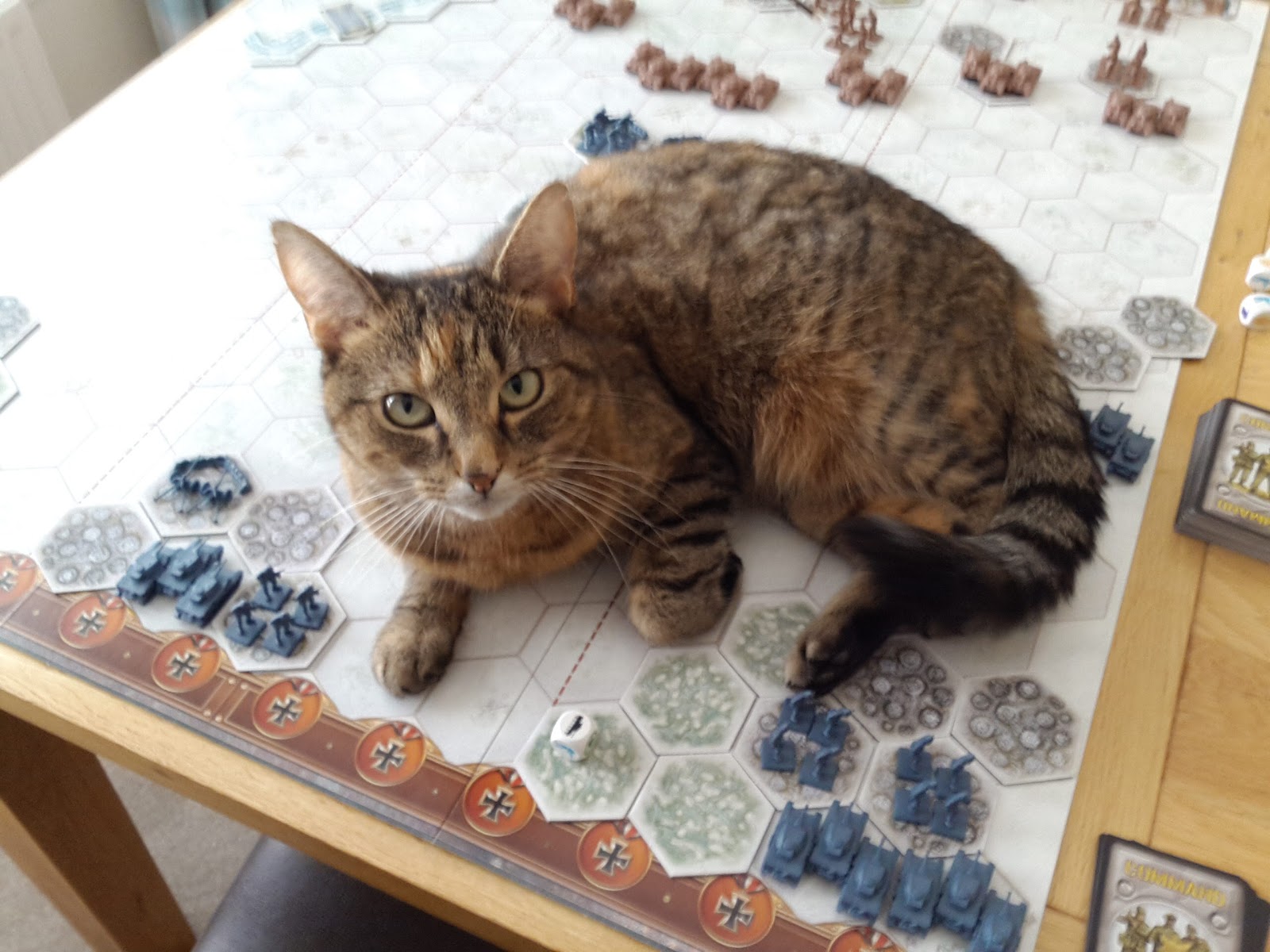 most people have played board games like Monopoly or Candyland. However, there are more complicated games called war-games, where a map depicts a historical area such as Stalingrad during World War Two, and the pieces represent tanks, airplanes, or ships.

Of course, playing such a game involves a large, flat surface, and that means if you have a cat, the cat will likely jump up and sprawl across the entire game map, wrecking the game. If this is a problem for you, then consider building a cat-proof box that can cover your entire game and protect your pieces when you’re not playing it.

To read how to build a cat-proof structure to protect your game, click here.