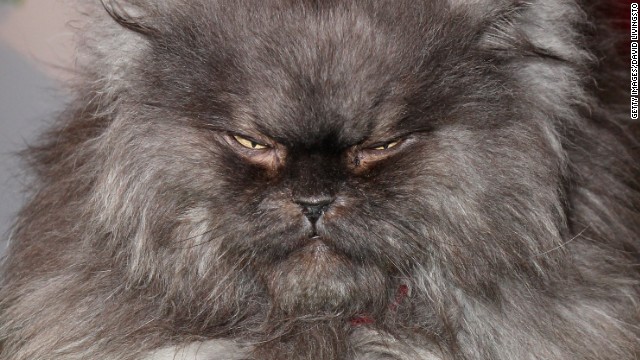 One of the first Internet cat sensations wasn’t Grumpy Cat but Colonel Meow, who holds the Guinness Book of Worlds Records for the “cat with the longest fur.” Three independent vets measured and confirmed his coat, which averaged out to 22.89 centimeters.

Regretfully, the Colonel’s reign on this Earth is now over. His site posted this official response:

We regretfully announce that at some terrible hour on Wednesday – Colonel Meow Time – Colonel Meow, dear leader, feline overlord, and supreme dictator of the Colonel Meow Empire, merged with the infinite. To mark this occasion of feline loss, we ask that all minions observe a moment of silent contemplation …

… thank you for your kind attention. This moment has been duly noted on your timecards and will be deducted from your pay.

While some people may mourn the loss of their favorite team in the Super Bowl, others are spending their time more productively and wisely by mourning the loss of the Internet’s cherished Colonel Meow.