The Year of the Ginger Cat 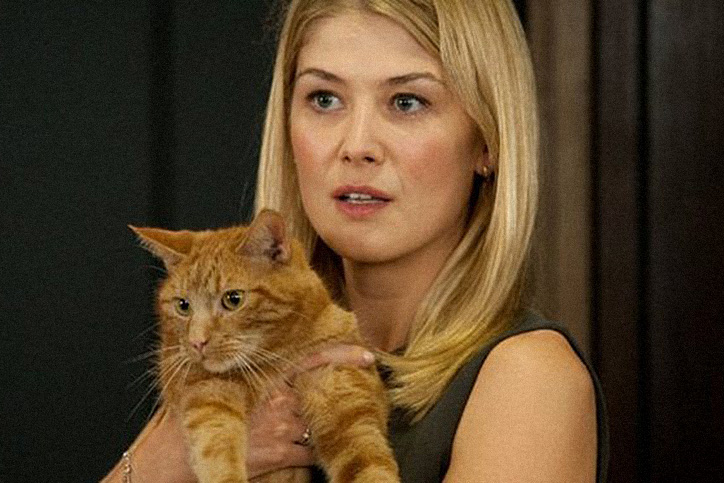 If you’ve seen movies like Gone Girl, Inside Llewyn Davis, the Harry Potter movies, and the 2011 live action comedy The Smurfs, based on the cartoon, you may have noticed a ginger cat appearing in a prominent role. Apparently gingers are cool now, which suggests that cats in movies are somehow subject to the whims of fashion. If you look back on movie cats from the past 60 years, you’ll notice different breeds had their heyday, just like styles of sunglasses or facial hair.

One reason for this is that one cat rarely plays the entire role. Instead, film makers use cats that look alike so they don’t require the services of the same cat all day on the set, which one cat might not tolerate for very long. Operations Manager Jennifer Henderson says “One cat might specialize in being held, another might specialize in ‘running A-B’s’,” which is animal-trainer lingo for running from one spot to another on command. (Cats are trained to do this using food and a bell.)

To read more about why this is the year of the ginger cat, click here.