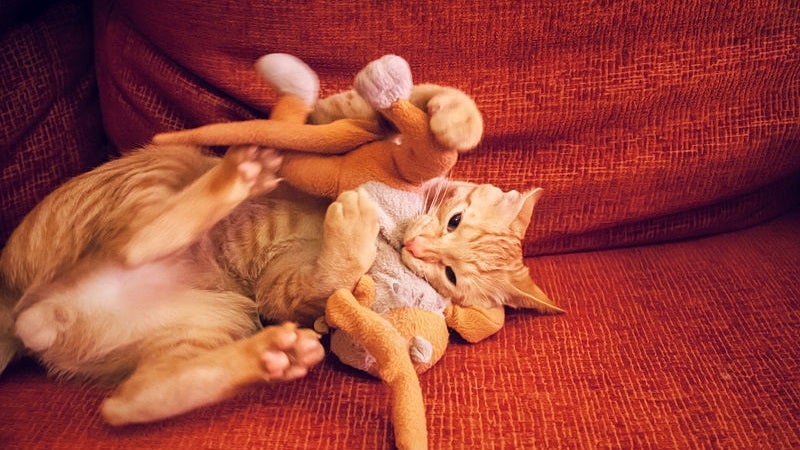 What do at and slime molds have in common? Besides the fact that both can be annoying, they both also love valerian root. That’s because valerian root contains actinidine, which is “structurally close” to the compound nepetalactone that appears in catnip and drives cats crazy.

Many cat owners report that valerian root makes their cats hyper although there’s no question on whether the cats were hyper to begin with. Cats may like valerian root just because they’re odd creatures that seem to exhibit no logic in the first place, but at least there’s a scientific reason why cats seem to go nuts over valerian root.

So if you want to make your cat crazy, get valerian root and compare its reaction to ordinary catnip. Just be ready for crazy cats bouncing all over the place for no apparent reason.

To read more about cats and valerian root, click here.