The Most Decorated Cat in Military History 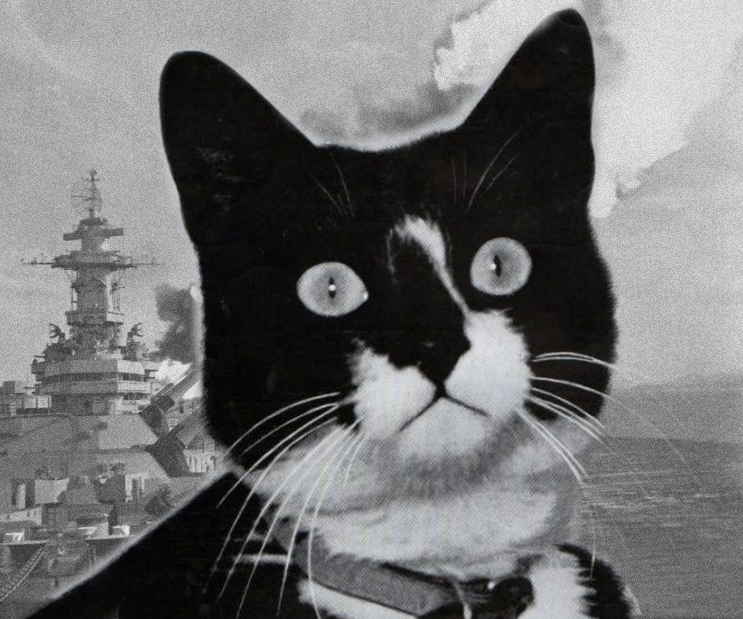 Most people don’t earn awards for serving in the military, yet a cat named Simon managed to earn the prestigious Dickin Medal from the British Royal Navy during World War II. While stationed in China, British seaman George Hickinbottom spotted a tiny, “undernourished and feeble” cat making his way across the docks and soon brought him on board.

Simon “gained a reputation for cheekiness, leaving presents of dead rats in sailors’ beds, and sleeping in the captain’s cap.”

One day Simon’s ship, the HMS Amethyst, made its way up the Yangtze River to replace another British ship stationed in Nanking. The ship was attacked and many sailors were wounded or killed. In the chaos, Simon received shrapnel wounds as well.

While the ships boilers and fans were shut down for repairs, rats ran rampant through the ship. That’s when Simon earned his keep by tracking and killing the rats. When the British sailors managed to repair the ship enough to escape down the river, Simon was credited with raising the crew’s morale, earning him the Dickin Medal for service beyond the call of duty.