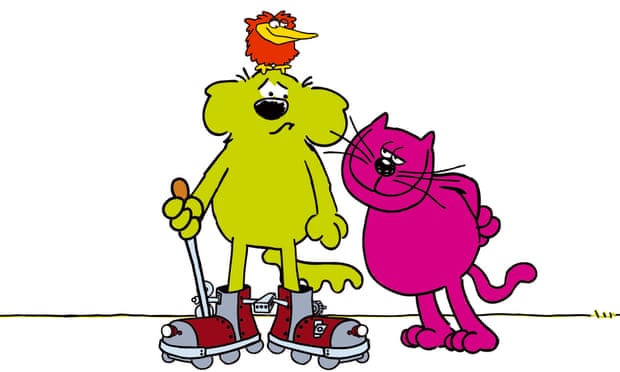 Before cats conquered the Internet, they invaded the world of television animation. One early American cat cartoon featured Top Cat, a cat scheming with his fellow cats to survive in the city.

After seeing such past cartoon efforts, Grange Calveley decided to create his own cartoon involving a green dog named Roobarb, and his nemesis, a pink cat named Custard.

To read more about the Roobarb and Custard dog and cat cartoon, click here.