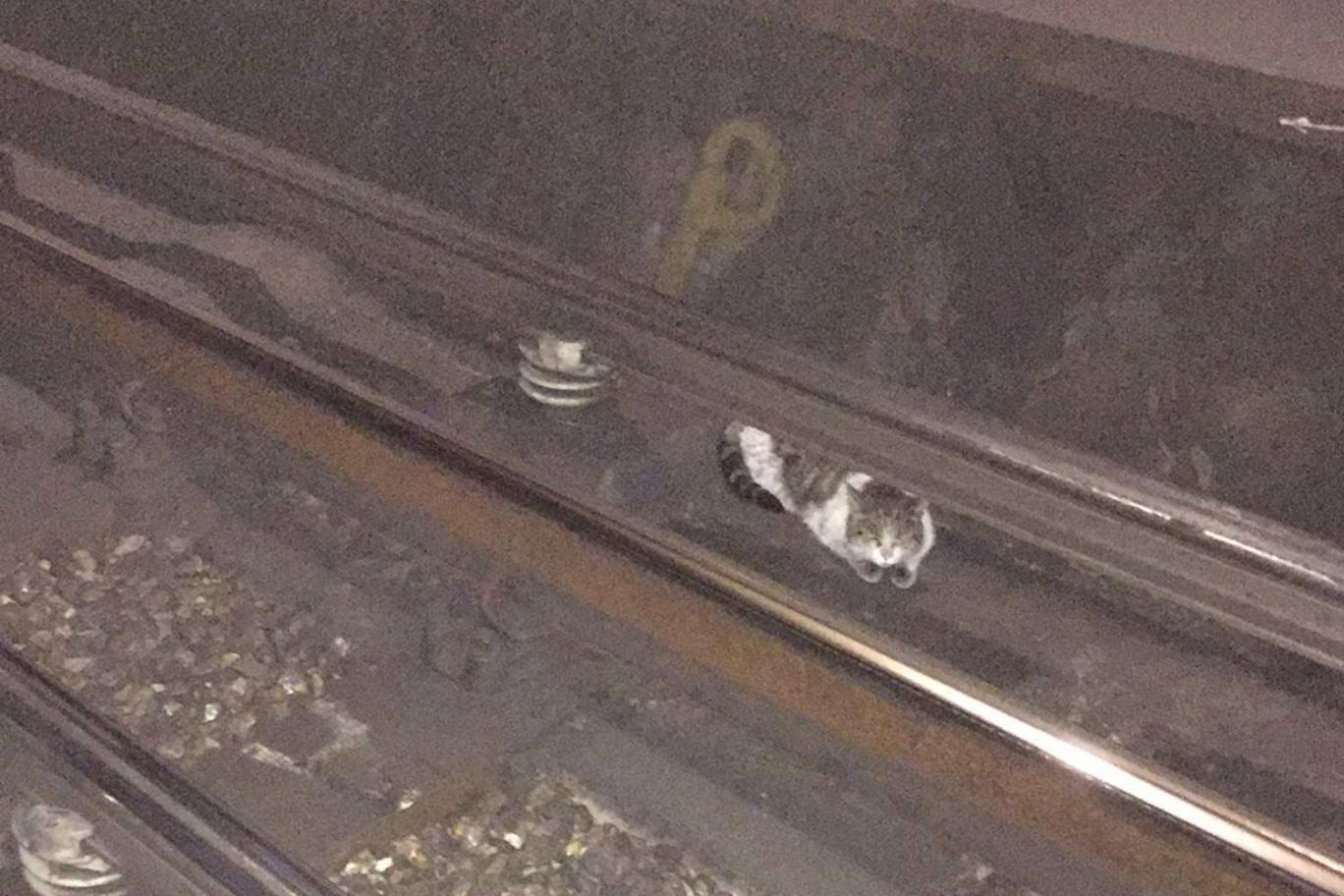 When Lucy Duff was carrying her cat, Lucky, through London’s subway system, Lucky somehow escaped and fled onto the Victoria line tracks towards Oxford Circus when Ms Duff was changing trains. Lucy helped search teams look for Lucky but found no trace of the cat.

Fortunately two hours later, a second search team spotted Lucky in the southbound Victoria line tunnel between the two stations. Not surprisingly, Lucky was found munching on a mouse.

Lucky has now been reunited with Lucy. Just be careful when transporting your pet anywhere because strange surroundings may cause the cat to panic and bolt.

To read more about Lucky the cat, found safe in a Tube tunnel, click here.