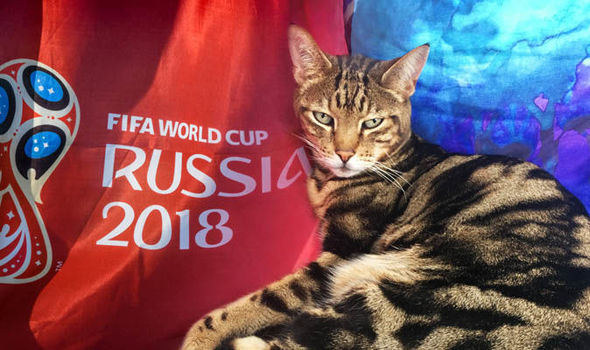 A Russian cat named Achilles correctly predicted the first two World Cup matches and now a cat in England, named Phoenix, is attempting to get in on the action and predict additional matches during the World Cup.

Catherine Jarvis,  who works for Cats Protection in Sussex, adopted Phoenix after he suffered a ruptured cruciate ligament in 2007. “He doesn’t have huge credentials for it but having had the ‘football injury’ we needed to have a cat who would be interested in the food bowls, so we thought we would give him a go.

“We’ll see if he’s any good and if he is then great and hopefully he might predict the rest of the games.”

To read more about Phoenix the cat, trying to predict the next World Cup results, click here.