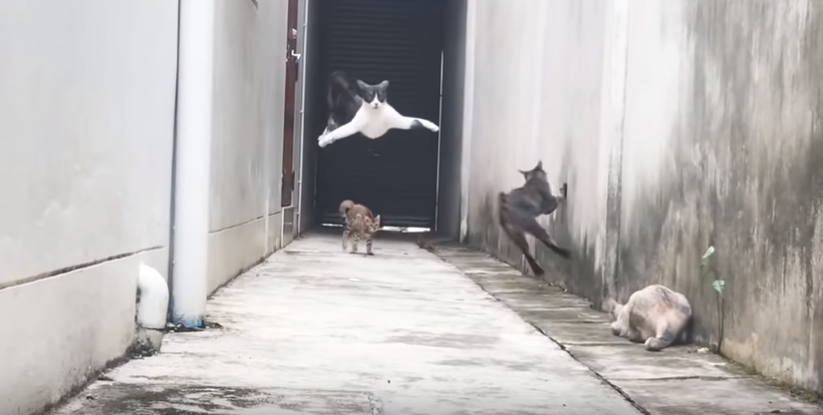 Just because cats are cute, furry creatures doesn’t mean that they won’t attack and hurt each other, just like people do. Apparently one cat was walking down an alley when three other cats tried to attack it. Rather than fight, the solitary cat deftly dodged the other three cats and get away.

Now this video of a cat dodging three other cats has gone viral. The lesson is clear. Sheer numbers alone can’t always overcome skill, especially when a single skilled cat can outwit three other cats.