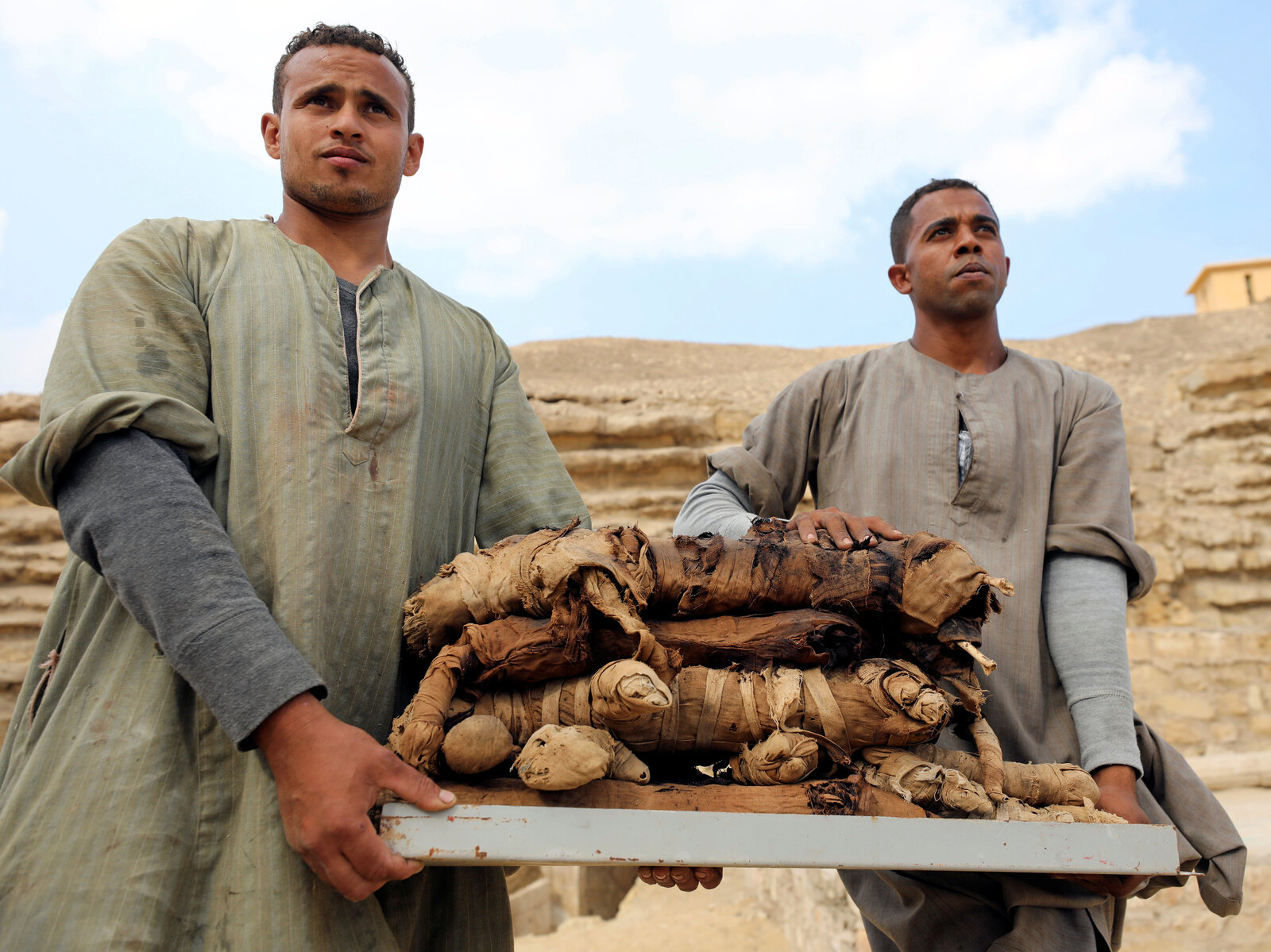 Ancient Egyptians worshipped cats, which explains why they’re no longer considered a superpower in the world’s stage any more. The Egyptian love for cats extended down to preserving them as mummies for the after life. Apparently Egyptians wanted dead people to have their cats in another life as well so the cats could boss them around some more.

A team of Egyptian archaeologists excavating a 4,500-year-old tomb near Cairo found the mummified cats. Also in the tomb were 100 gilded wooden cat statues, as well as a bronze statue of Bastet, the goddess of cats. If Egyptians can worship cats, then perhaps more people in other parts of the world should do so as well. At least that’s what your cat thinks.

To read more about the cat mummies found in Egypt, click here.