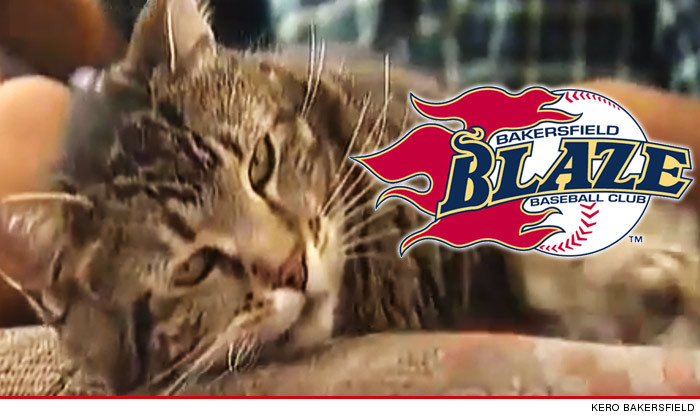 Tara, the hero cat who fought off a dog that was attacking a four-year old boy, has now been invited by the Bakersfield Blaze minor league team to throw out the ceremonial first pitch of the ball game. Tara has reportedly accepted the offer, although it’s unclear how she will throw a baseball from the pitcher’s mound to home plate.

Still if a cat can attack a dog and chase it away, throwing a spitball across home plate should be just as easy for Tara, now known as the hero cat. Perhaps if Tara sharpens her pitching skills, she could one day play for the Houston Astros.

To read more about Tara throwing out the ceremonial first pitch, click here.