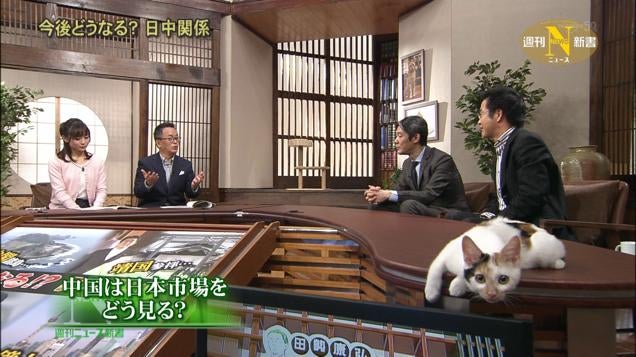 In Japan, they have a television news show where the hosts discuss important current affairs issues. To help lighten up the mood, the television show lets a cat roam freely on the set during filming. The show’s original cat, an American shorthair cat named Maago, died recently so the show got a replacement in the form of a four-month old kitten named Nyaanya.

As the hosts talk among themselves, Nyaanya wanders around, gets petted, and strolls across the desk. You have to wonder if the Japanese can lighten up the mood for discussion on a current affairs show, perhaps every government could soften their rhetoric and hard line against their rivals if they just let cats roam freely through the government buildings.

To read more about the Japanese television personality, click here.