The Chinese Character for “Cat” 猫 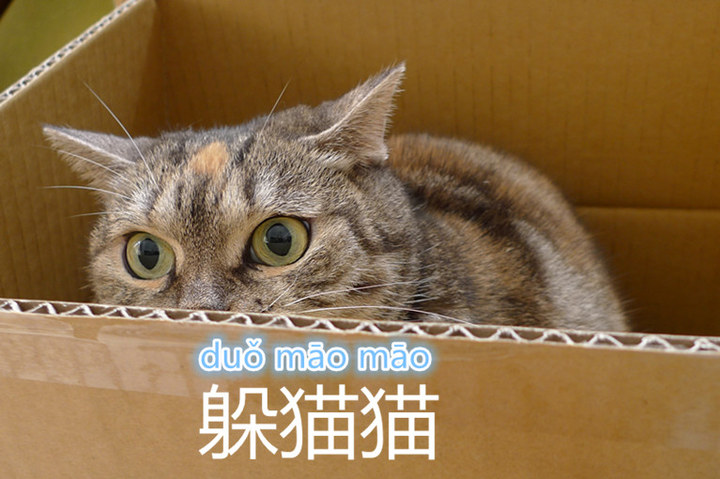 In Chinese, words are represented by one or more characters that often visually represent the item they’re describing. For instance, the Chinese character for “cat” is 猫, which almost resembles a claw on the left and a face on the right.

Since creating more characters to describe everything in the world would be impossible, many Chinese words and phrases combine characters. So in the above image, the Chinese phrase “to hide and seek” is represented by the cat character so it literally means “to hide the cat”.